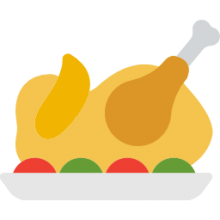 A turkey fryer is a product that is designed to cook turkeys as well as other foods usually by deep-frying in oil (Source).

Many turkey fryers are also capable of boiling and steaming different foods.

How a turkey fryer works, depends on what type of fryer it is. More often than not, a turkey fryer is powered by propane like the King Kooker (Source).

Electric turkey fryers like the Masterbuilt work in a similar way but use electricity rather than burning propane for heat.

Oil-less turkey fryers like the Char-Broil work by rapidly circulating very hot air around food to evenly cook it. Most buyers concur that their turkey fryers were easy to use, but some suggested that if you don’t already know how to fry a turkey, that it’s a good idea to practice.

This is specifically a good idea if you plan to fry a butterball turkey for a special event such as Thanksgiving. One buyer said that they fried a chicken to practice using their propane turkey fryer without dishing out the money for a turkey.

If you’re looking for a more traditional propane turkey fryer, both the King Kooker as well as the Bayou Classic Gas Cooker are great choices.

The King Kooker is a full package that comes with the burner and stockpot as well as plenty of additional accessories. The Bayou Classic Gas Cooker, however, requires you to buy a separate stockpot. The benefit of getting the stockpot separately is that you can choose any size stockpot up to 100 quarts for it.

The other Bayou Classic product to make the list is the 32-quart stainless steel turkey fryer. It doesn’t actually come with a burner but it pairs perfectly with the Bayou Classic Gas Cooker.

If you’re more interested in an electric turkey fryer, the Masterbuilt Butterball Electric Turkey Fryer is an excellent choice. It’s an indoor turkey fryer meaning that unlike the propane fryers on the list, you can make your favorite deep fry turkey recipe no matter what the weather is like.

For something a little different that’s also a healthier choice, consider the propane-powered Char-Broil Big Easy Oil-Less outdoor turkey fryer. It allows you to “fry” your turkey or other foods of choice without using oil. Your turkey will still have the taste and appearance of being deep fried, but won’t have the unhealthy added fat and cholesterol that comes with normal deep frying.

How to Use a Turkey Fryer 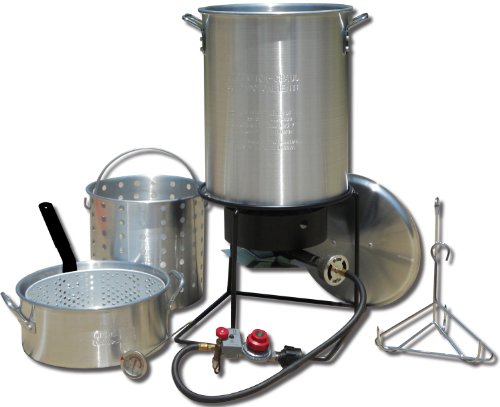 This set for deep frying and boiling offered by King Kooker is a solid option for those who want a heavy duty welded outdoor cooker. Users like the efficiency of this cooker, but do complain about its questionable quality.

This product is a12’’ portable propane outdoor cooker package with two aluminum pots. The package includes punched aluminum basket for boiling, turkey rack and lifting hook, an 11-quart aluminum fry pan with basket and heat resistant handle and a deep fry thermometer.This item seems like a solid choice if you want to fry up to a 20-pound turkey outdoors or fry fresh filets to a crispy golden brown.

The general user consensus concerning the King Kooker turkey fryer is that it is a decent set for the money. They add that it works great and provides a delicious Thanksgiving dinner.

However, several buyers complain about receiving a damaged item. Other complaints regard the two main pots which are pretty thin and made of a cheap material. Some users find the automatic shutoff on the propane hose irritating. 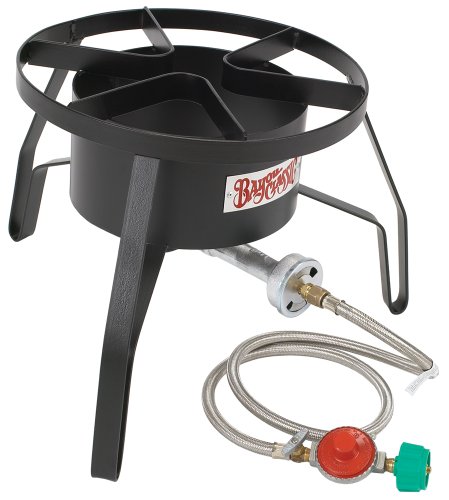 This high-pressure outdoor gas cooker offered by Bayou Classic is a good option if you want a portable turkey fryer. Users love the quality of this fryer, but some do complain about the elusive flame.

This product is a high-pressure outdoor propane cooker that can be used for camping, RVs, tailgating and backyard parties. The 1-piece welded steel frame has a 14’’ diameter cooking surface and wide-set legs for stability. The set includes 48’’ stainless braided hose, 10psi high-pressure regulator and a brass control valve. This turkey fryer might be a good choice if you are looking for a cooker designed for strength, function and safety.

In general, users have a favorable opinion of the Bayou Classic gas cooker.What they praise is that it is durable and heavy duty, as well as made of good quality material. Buyers agree that it is great for authentic Chinese stir fry and that it works great with a Wok.

However, many buyers express complaints regarding the weak flame. As one online reviewer states, it takes a lot of time to get the heat high enough for a large pot to fry.

If you are looking for a top-rated turkey fryer, you might want to consider this 32-quart stainless steel stock pot offered by Bayou Classic. Users love this product for being well-crafted, but some do complain about holes and rust appearing after several uses.

This product is made of polished stainless steel for optimal durability and easy cleaning and it features heavy duty handles for easy transport and a strong perforated basket. It can be used for steaming, boiling and frying seafood, poultry, vegetables and tamales. It allows you to fry a turkey in as little as 45 minutes, as well as to fry 3 chickens in 20 minutes. This product might be a good choice if you want a high-quality product for your outdoor cooking needs.

In general, users have a favorable opinion of the Bayou Classic stainless turkey fryer and they agree that it is sturdy, well-constructed and easy to clean.Many of them state that it is perfect for preparing turkey, prime rib or seafood.

However, some purchasers complain about holes which appeared after only several uses. In addition, many complain about the set rusting after washing it. A frequent complaint regards the size – a lot of purchasers wish it was bigger. 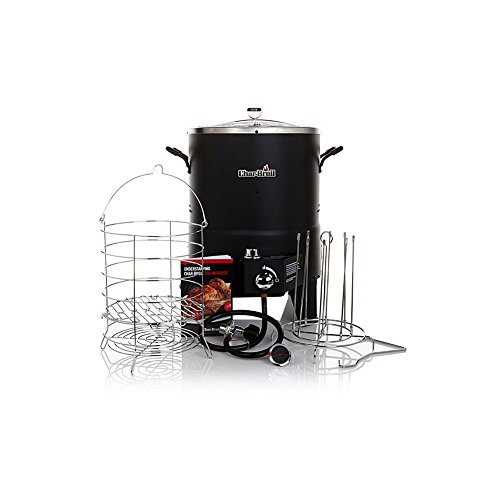 This oil-less turkey fryer offered by Char-Broil is a good option for those who are trying to watch their calories.Users love the oil-less cooking that this product allows, but some do complain about uneven cooking and inferior taste to deep frying.

This product features an infrared cooking technology which prevents flare-ups, eliminates hot and cold spots and delivers juicy, crisp and flavorful results every time. The package includes a cooker, cooking basket, lifter, meat thermometer and quick start cooking guide. This item could be a solid choice if you’re looking for a delicious, safe and simple alternative to frying with oil.

In general, buyers have a positive opinion of the Char-Broil oil-less turkey fryer. They state that it works great (cooks food evenly) and that it is easy to use and clean. They agree that it is worth every penny.

However,some buyers complain about uneven cooking. Another frequent complaint is that the result of oil-less cooking isn’t as good as when using a deep fryer. 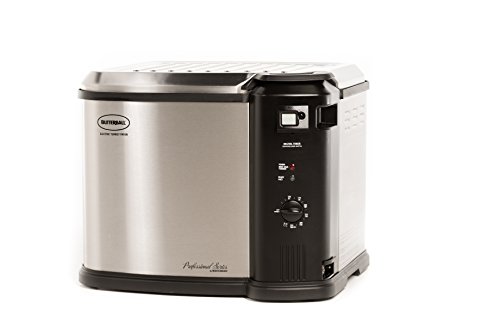 If you are looking for an indoor electric turkey fryer, you might want to consider this one offered by Masterbuilt. Users like its safety, but some have complaints about the time needed for heating up.

This product includes a stainless-steel fryer and porcelain-coated inner pot which keep oil safely contained. It uses 33% less oil than conventional fryers, which is great because you can cook safely and efficiently without the oil boiling over the sides. If you are looking for a safe way to cook up to a 20lb of turkey, boil seafood or steam vegetables,this might be a good option.

In general, users are happy with the Masterbuilt indoor fryer. What they like in particular is that it is easy to use and clean and safer than the traditional oil fryer. They agree that it is a great product for frying a turkey without all the outdoor setup.

Products for the Elderly