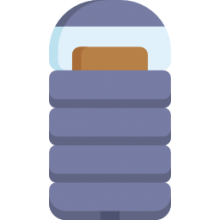 We're going to be honest...there aren't a lot of nap pods on the market.

They basically break down into super-expensive, Star-Wars-looking relaxation capsules.

There are also pop-up tents that you cower your head under while cramming for the finals to take a 15-minute nap.

Or if you're really cheap, a nap pod could be a scented, relaxation mask.

Regardless, if you're looking to sneak in a nap at work or just create a dark space hunched over a library table, check out our selection of the best nap pods on the market below. 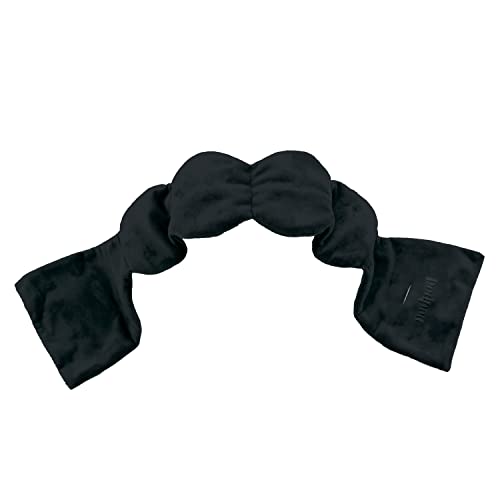 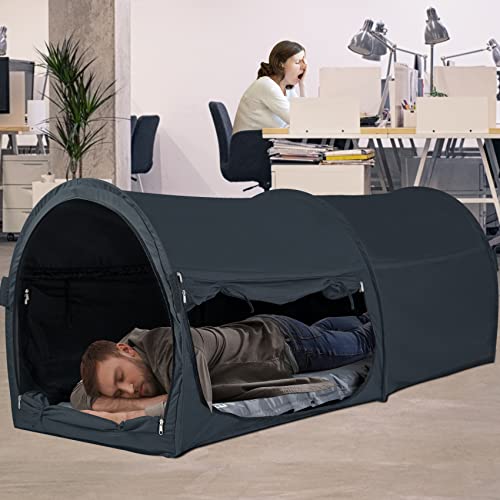 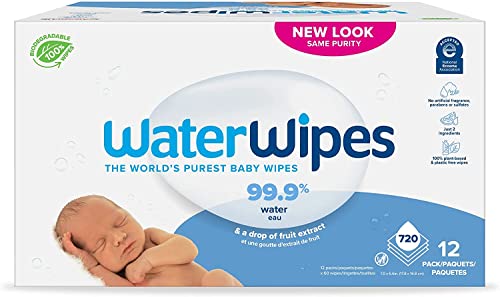 Nap Pods In The News

You can rent sleeping cabins at this airport from r/mildlyinteresting

Over in Reddit, one user posted a picture of some nap pods at the airport.

These rentable cabins provide a dark resting place for air travellers to catch some quick Z’s.

One individual described building his own DIY map cabin in his workplace.

What he did, he converted a Kmart stock room into a fork area, enabling him to play Video games, Take cat naps and avoid irritated customers.

Nap Pods in the Office: a Workplace Trend

Napping on the job…what was once grounds for getting fired is now being actively encouraged in some offices, many of them techie! In fact, companies such as Google and Zappos are installing napping pods so employees can rest and rejuvenate during the workday.

Another trend that we've seen are these nap pods placed in the office - in organizational strategy to help employees feel more rested and be more productive.

The article sites Zappos and Google as among the first to install napping pods to help rejuvenate fatigue employees during the notoriously stressful work day.

They outline some of the popular styles including the C-shaped pod- this looks very space-age and futuristic with a bed mattress sitting inside a white, iPod like enclosure.

Another, lower text solution is provided by the HootSuite napping room.

This social media companies sleep room features a cabin like Style with several cuts laid out in rows.

The Google Sydney office has a much more ambitious and gorgeous design with glowing, wooden cushioned a cloves built into the wall and accessed by step ladders.

Indeed, these look more like woodworking capsules. Another option comes from a London company I've been the sleeping pods look like ovens, almost.

The Facebook sleep pod is like a quiet capsule, resembling a pill. Basically you step inside of it and a hatch is closed providing you complete privacy for a mid Day Slumber.

The Australian Rules Football Club built a similar-looking one- it's owned by the Sydney Swans.

Like the Facebook one, they both had their logos in blazoned on it and it is situated in the change rooms so that players can rest up for a Dame or perhaps fall asleep after the game.

Nap Pods With Netflix Are Coming to Airports This Year

“Airpods” will be available to rent by the hour.

The Travel and Leisure website had an interesting article describing an ultra nodern optin- it's even equipped with Netflix.

They are going to be installed and a variety of European airports.

They are called Airpods and are entirely enclosed sleeping pods that resemble a futuristic air travel rocket ship.

They're are very minimalistic and the article described them is resembling futuristic drag racers.

Once you are inside, there's a plush chair that transforms into a comfortable bed to rest on.

Besides just the bed, there are a variety of other useful amenities like smart phone charging stations, Wi-Fi connectivity and storage areas for luggage.

In order to keep the air fresh, air purifiers are used and the sleeping pods themselves are specially engineered to reduce and cancel out external noise, making it easier to get a high-quality rest.

Interestingly, although noise is canceled out, all of the internet connectivity means that you are not completely detached from the outside world.

You'll be able to rent them by the hour. The article says that they were invented by a pair of Slovenian businessman who are frequent business Travelers.

Their goal was to enhance the travel experience, making it more comfortable while relieving stress.

When coffee isn’t enough: startups aim to bring back nap time – for a fee

Would you pay $15 to take a nap? A growing number of businesses certainly hope so. Nap York, a startup in New York City, is a wellness club that appreciates the business benefits of sleep.

The Guardian also had an interesting article about businesses installing paid for sleep nap pods.

A wellness startup has produced some Innovative designs that include noise cancelling headphones, heavy duty soundproof curtain in, and even live plans for enhanced ambiance.

One of the advantages, the company claims, is helping people wean off of coffee.

So instead of encountering the 3 p.m. energy crash and reaching for an energy drink or some more coffee, the wellness startup anticipates people clambering into a sweet pod, getting an hour's worth of rest, I'm returning to the workforce recharged and more productive.

They also list out some interesting benefits, claiming that studies have demonstrated that increase sleep deprivation is associated with higher risks of stroke as well as decreased levels of productivity.

The National Sleep Foundation has also written about some prominent companies like Nike, The Huffington Post and Ben & Jerry's permitting their Workforce to take naps during the work day.

If you browse popular eCommerce sites, there are a variety of styles, whether it is a privacy pop bed tent, a relaxation capsule, a pop-up nap tent or even a travel blanket that covers your eyes. 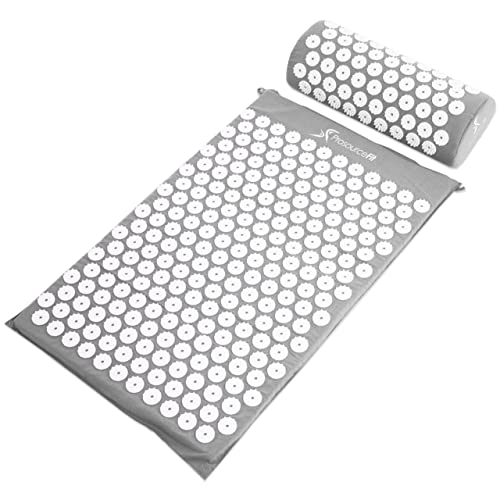 One of the more technologically advanced options available for purchase is the Relaxman Relaxation Capsule. It was designed by the Biotonus Clinic in Switzerland.

One buyer who purchased it said that it is a quiet and relaxing environment that provides a spacious interior that even lets you get some work done on a laptop or iPad.

One important thing about it, it doesn't actually block Wi-Fi signals I've had that means that you're not cut off from the outside world. 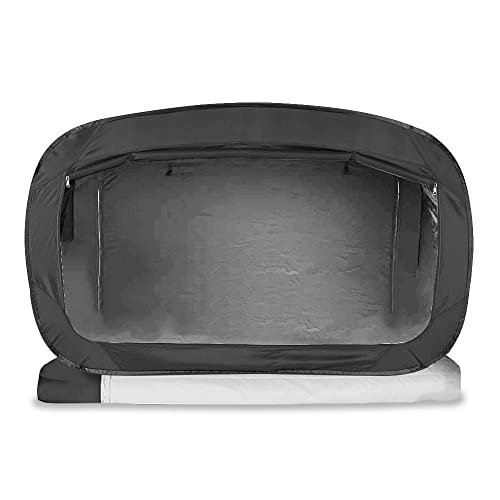 Probably a more affordable option is the privacy pop nap tent - it's marketed as a nap anywhere solution that creates a private space on a desk for you to sleep.

It's designed to be used on flat surfaces, so if you're studying in the library, you can use this to get a break from the harsh illumination of fluorescent light, recharge, and then get back to studying for your midterm exam.

Nap pods are the devices that are designed to allow people to have a short nap at their workplace during their working hours.

Earlier in corporate history, napping on the job was considered as a valid ground to fire the workers.

But today many progressive, IT companies like Google, NASA and Zappos etc. are installing nap pods in their premises to allow their employees to rejuvenate themselves by having a short nap during weekdays.

The main reason behind the increasing trend of napping at the workplace is that it can improve their productivity instead of declining it. In this way, these provide a sleeping space where one can relax for some time whenever required.

Nap pods are used to increase the productivity of the workers by having a nap for 15-20 minutes in a comfortable environment. It has been proved through various studies that a short sleep can improve the concentration of the individual by nearly 33%.

For this reason, most of the progressive companies of the world are installing these in their premises for the well being of their workers as well as improving their productivity.

The design of these includes an ergonomically designed, cushioned and contoured bed on which one can take a nap after relaxing his lower back and elevating his feet with slightly bent knees to improve the flow of blood in his body.

It also includes a dome-like spherical enclosure to provide the sleeper some seclusion and privacy to a great extent.

It also includes a timer on its armrest to set the time for short sleep, as required. It also includes a built-in speaker to play soothing rhymes without any distraction from surroundings. As the pre-programmed time of sleep is over the pod wakes you up gently by vibrating slowly and brightening the lights. The standard size is 60” x 57” x 48”.

Along with various IT companies, these nap pods are also installed at certain airports and universities including JKF Airport and Washington State University to allow the passengers as well as students to have a short sleep to get refreshed after some time.

How Do They Work

Nap pods that look like a spaceship are being installed by several top companies including NASA and Google etc. to improve the productivity of their employees by allowing them to have a short sleep during working hours with the help of some soothing rhymes that can make them sleep.

When one sits on a recliner chair of a nap pod and close its visor to find himself in a bit dark environment then the chair gets activated and lifts up to allow him to lie down comfortably.

Then a mechanical voice promotes him to enjoy a nap. The main purpose of these is to provide a better experience of sleeping while working in the office to improve one’s productivity in a relaxed environment.

These napping chairs are based on psychoacoustics technique to induce sleep with the effect of certain sounds. The producers of these sleeping devices have combined the voice over, music and certain sound effects intelligently to help in relaxing the sleeper’s mind quickly. All these techniques allow the sleeper to sleep peacefully and wake up with a refreshing feeling.

Though nap pods are installed by several top class companies, universities, and airports to allow their workers, students and passengers have a short sleep to rejuvenate themselves, still, they are not available frequently on online stores.

You can buy these sleeping devices online directly through their manufacturing companies like JetBlue, MetroNaps, and Podtime etc. Most of their customers have reviewed their sleeping stations positively.

According to one of the customers of Podtime, such a pleasant sleep setting was not expected for such a reasonable price in Moscow.

It provided a very comfortable space to sleep without any disturbance. It provided complete isolation from the surroundings while sleeping in it. It was really a pleasing experience for him.

JetBlue has installed its nap pods at JFK Airport to make it easy for the tired travelers to get rid of their jet lag as well as relax before taking off.

Four JetNap EnergyPods were installed by an airline on its terminal on this New York City Airport. These sleeping stations were created by a New York-based company, MetroNaps, which look like innovative recliner chairs that play music to reduce distractions and provide relaxation to the sleepers.