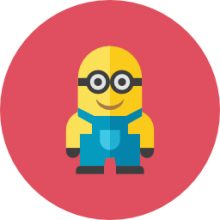 If you want to dress up like a Minion, we can't say we exactly understand why, but suffice it to say there are a lot of costume options on the market.

Kidding aside, these yellow, pill-shaped creatures were a phenomenon when they first appeared in the Despicable Me movie franchise. Speaking gibberish, these small, blubbering henchmen had movie audiences in stitches.

And it wasn't long before they had their own movie franchise and kids clamoring for cosplay options.

Below, we've ranked five the most popular Minion costume options. There are inflatable costumes for adults & children with interior fans; group family costume packages; accessory outfits for all ages (gloves, goggles, etc.), miniature rompers for toddlers, and even for dogs!

Whatever you're into (we don't judge!), it's best to order the costume in advance.

That way if it doesn't fit you can return it, or even have it custom-tailored, so you're ready to shock and awe your neighbors during Halloween. 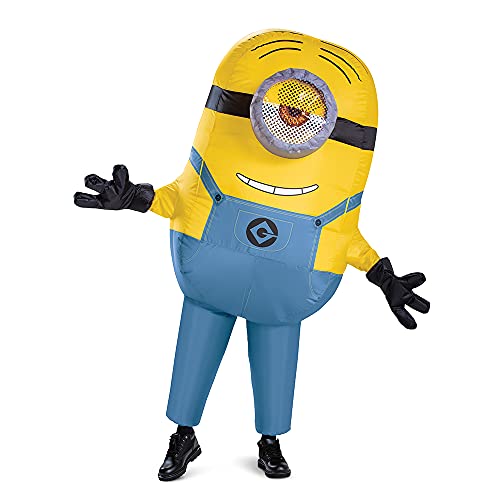 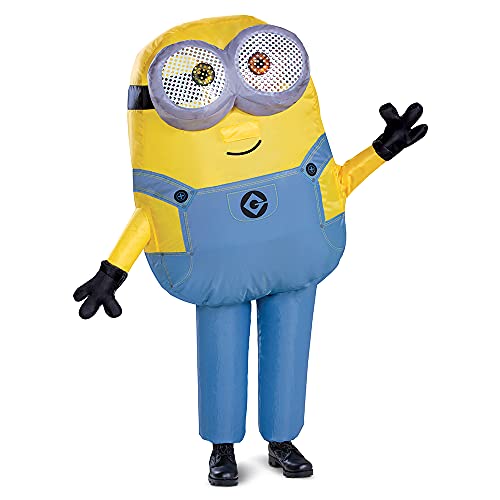 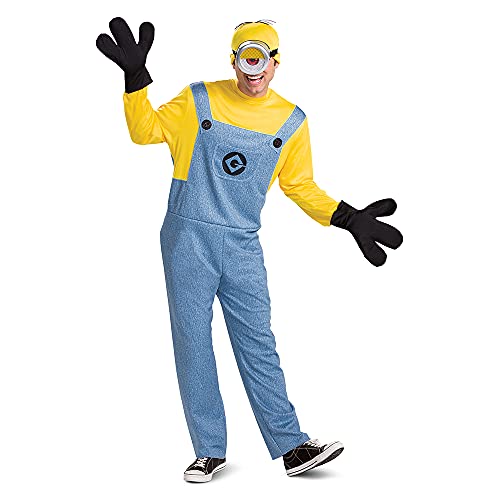 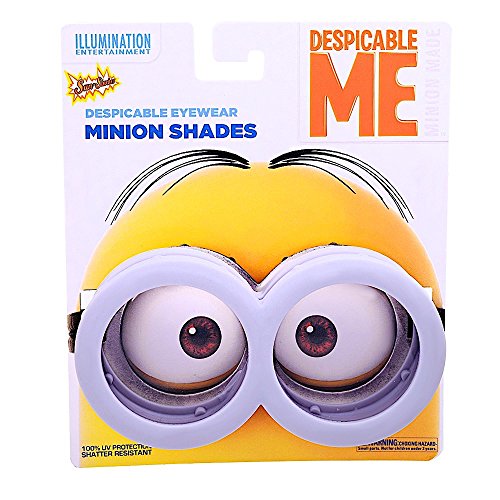 What are buyers saying?

The History Of The Minions

The Minions is a computer generated 3D animated American Film. The film is a spin-off of the sequel Despicable Me Franchise. The Minions film is built off characters from Despicable Me was known as Minions. The Minions are creatures which are characterized by their child-like appearance and behavior.

The Minions film was produced in 2015 by Illumination Entertainment for the universal studios. The Film was directed by Pierre Coffin and Kyle Balda. Coffin further features in the film as the main voice of the minions representing Kevin, Stuart, and Bob.

Other actors who feature in the film include Jon Hamm, Michael Keaton, Allison Janney, Steve Coogan, Sandra Bullock and Jennifer Saunders. The narration is voiced by Geoffery Rush. The Film is written by Bryn Lynch and Produced by Chris Meledandri and Janet Healy.

The creation of this film was anticipated following the events of the end credits within Despicable Me 2. The three minions are shown auditioning for the film hence leaving the viewers with much anticipation. Release And Reception The film first premiered in June 2015 in Leicester London. The film was later released on July 10, 2015, in the United States.

My professor dressed up as a minion today. 50 minutes in the costume. Last year he was Darth Vader from r/pics

It was received with mixed reactions from both fans and critics. Some critics praised the voicing of Hamm and Bullock while others were quick to point out the flat characterization of Valiant. None the less, the fans greatly received the film.

The film has grossed $1.1 billion all over the world since its release hence over grossing both Despicable 1 and 2.

The Minions characters represent childlike creatures that wear yellow tops with what appears to be blue overalls. There are even costumes for dogs- crazy!

The minion creature appears to take the look of a toddler with an overly large head. The Minion costumes are one factor that stands out from the film. The Dressing of these creatures is loved by not only children but the adults too. The costumes have been used for many occasions including Halloween, birthdays and school plays for kids.

The costumes are made out of various accessories that can be used to attain both male and female costumes for the young and the old.

The minions appear to have a yellow body which can easily be emulated by the use of a yellow t-shirt. It is more authentic when a long sleeved t-shirt is used although even short sleeved ones work. Put on your yellow t-shirt then follow up with your overall.

Overalls are best suited for boys and men, however, ladies can also use overalls. If you are a lady and do not feel comfortable in an overall, you can sexy the look with your denim short then add the suspenders with the t-shirt tucked in.

This look can be worn with a shoe of your choice as long as you are comfortable. Development The minions were first introduced to the public by the Despicable Me Film. Since then, the popularity of the creatures has been rising leading to the creation of the Minions Film in 2015. Th

After some months, the sign was removed due to security concerns. It had been realized that many passengers stopped over to take photos while others paid too much attention to the sign while driving. In 2016, Google created a button on its Gmail service that sent a Minion GIF along with a mic drop.

This was created on April 1st- fools day but it received a backlash from several users. The feature had caused some issues where people got fired for sending the GIF along important Mails to their superiors.

Google was forced to remove the feature a short while after and blamed the problem on a bug. The minions have also appeared in a Cinemark advertisement where they were featured trying to change a lamp while one minion mocked the est. The advertisement promoted their claim that they had the best 3D projection system.

Today, Cinemark uses the ad freely before every 3D movie.

Plans to create a spin-off Despicable Me was first announced in 2012. Illumination Entertainment together with Universal studios announced that the film will be released in 2014.

Brian Lynch was chosen to write the screenplay due to his previous work with Illumination Entertainment such as HOP in 2011 and Despicable Me. In 2012, the Universal Studios announced that the film will be released on 19th December 2014.

In February, Sandra Bullock joined the cast. In May, Hamm was also added to the cast hence leading to a delay in the release of the film. The release date was then moved to July 10, 2015. The Universal attributed the push to the successful release of Despicable Me 2 in July 2013. The Studio said that they were looking to tap into the full potential of a summer film.

The Film soundtrack was released on July 10th 2015. The track was first released by the Back Lot Music Entertainment. The Track features Minions original music as composed by Heitor Pereira. All the minions in the film have a customized character music except for Stuart. Although, Stuart also enjoys individual soundtracks in all songs.

The Minions is, without a doubt, one of the greatest animated 3D films of this decade.

It has been watched widely and the characters of minions remain one of the most loved computer-generated creatures. The costumes used by the minions are also among the most sought-after film costumes for kids.