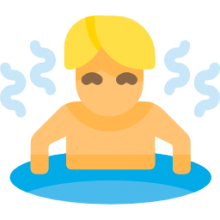 The polarity will be periodically reversed, switching between positive and negative ions. You will absorb the ions through your pores (Source).

Your cells will be energized by these ions, promoting them to release heavy metals, fat, acid, oil and other toxic debris accumulated inside of them and your bloodstream throughout time (Source).

Once your cells release these toxins through osmosis they are carried out of your feet into the water, which often turns a rust color which is how you will know that the ionic foot bath has worked (Source). 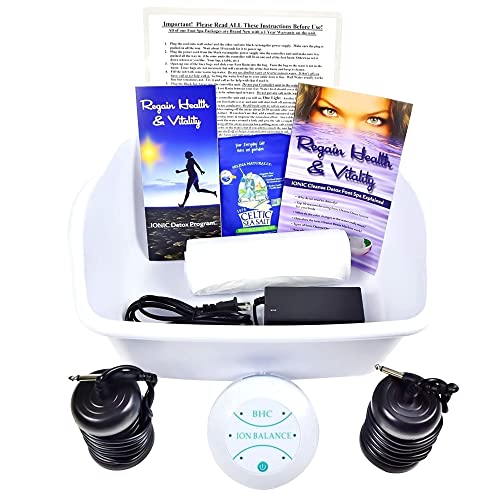 Trained spa personnel claim that they are able to assess the water coloration and determine which organs have been detoxified based on its coloration. To be clear, there is a good deal of controversy regarding whether they actually work.

We've compiled 5 of the best-selling ionic foot baths on the market and also examined some of the evidence below.

There is a hotly contested debate concerning whether ionic foot baths are scams or science.

The folks over at spaindex.com have conducted an extensive examination and cannot find any definitive research proving the medical benefits foot bath detoxification.

Skeptics, including a University of Washington environmental and occupational health sciences professor writes that ionic detoxification is improbable because the human body's skin is an exceptional barrier that is engineered to prevent things from crossing it.

There actually has been one experimental investigation into ionic foot baths, however it only included six subjects and was overall a pretty weak attempt at examining the medical efficacy of these alternative health devices. The study examined levels of a variety of different types of substances including arsenic, calcium, chromium, cobalt, iron, magnesium, manganese, nickel, selenium, silicone, sodium, strontium and vanadium.

The study did demonstrate that these elements were entering and leaving the body in statistically significant quantities. The authors of this study assessed toxic element levels in their participants hair and urine at intervals throughout the studies 12 week duration.

The bottom line is that the study did demonstrate some interesting toxic chemical activity occurring in the footbath, but because of their small sample size and poor data analysis its difficult to determine solid conclusions from their work.

One medical researcher over at scienceofnaturalhealth.com was somewhat encouraged by the results, though he writes of the urgent need to truly subject ionic footpath detoxification to a rigorous scientific and empirical examination.

What Do Actual Users Say?

With a lack of scientific consensus, it's perhaps best to examine what people who actually purchased and used and ionic detox foot bath system actually have to say. 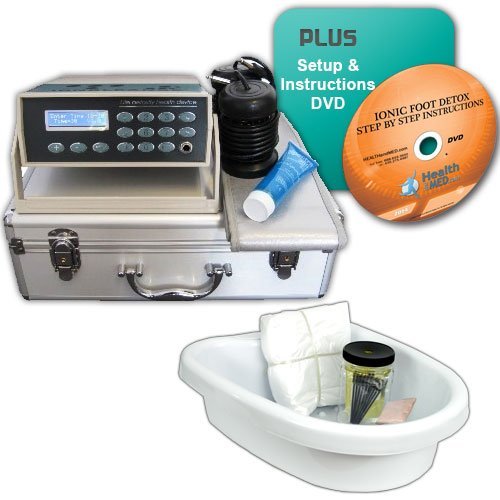 As we've seen, there is no empirical evidence of the efficacy of ionic foot baths.

While you should certainly be skeptical of outlandish claims, at the same time the only true way to tell whether one of these devices actually works for you just to try it out yourself.

Visit a spa that provides the treatment, ask them some pointed questions about its efficacy, and if it's not too expensive, try it out yourself.

Or perhaps buy one of the reasonably priced ionic foot baths in the comparison table above.

You'll be able to return it if it doesn't do anything for you. ionic foot bath, while there is an abundant supply of anecdotal evidence supporting its use.