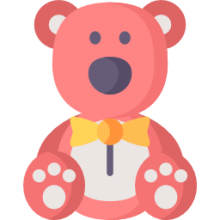 In this post, we ranked five of the best-selling FNAF plushies.

One of the most popular games of this genre, Five Nights at Freddy’s (FNAF), showcases the creepiness of animatronic characters who roam a restaurant at night where you are a security guard trying to survive your shift (Source).

There are a bunch of plushies available to buy- check out this stunning collection:

These eerie yet colorful characters have garnered the game a cult following and it rates very highly on the Metacritic website.

Whether you’re a seasoned gamer, or a survival horror newbie, FNAF offers a ton of fun whilst promising to keep you on the edge of your seat. Collectibles are a great way to celebrate your love for the game, and there are FNAF plushies available for each of your favorite characters. 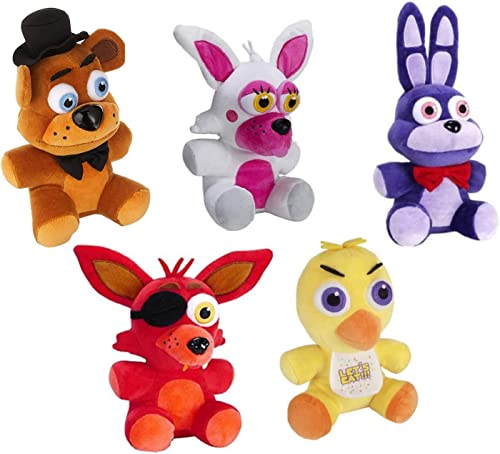 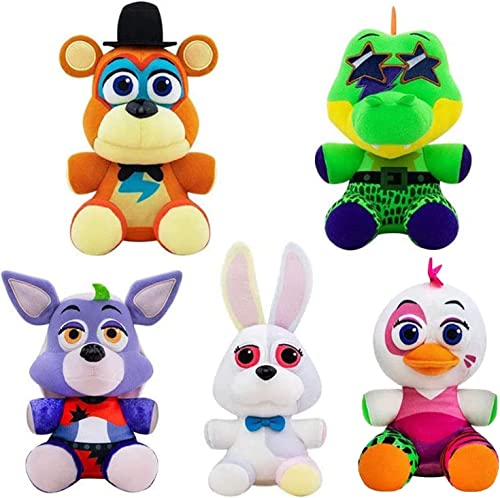 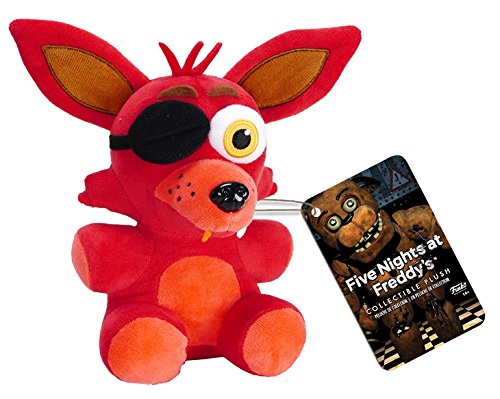 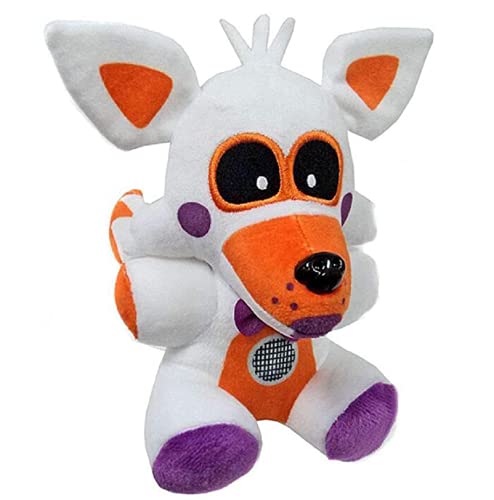 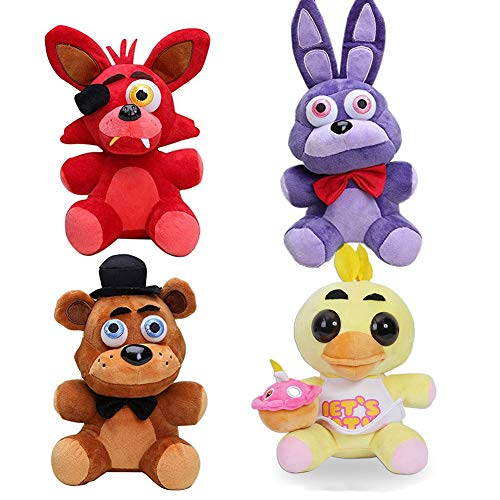 Unboxed | What They Look Lilke

Given the popularity of the game, it comes as no surprise that there are plushies available for every game character.

There are five characters in total: Freddy Fazbear, for whom the restaurant is named, Bonnie the Bunny, Chica the Chicken and Foxy the Pirate Fox.

While they make look cute and cuddly, the game is centered around the fact that these characters come to life at night and roam around while you’re not looking, so make sure you put them where you can see them! However, for those with nerves of steel, they make a great addition to any game-lovers collection.

The game is popular with kids and adults alike, and while it may be one of the lesser talked about games, it has a huge following, owing to a series of YouTube videos. FNAF merchandise has since become a hot seller in the toy aisles, according to a recent report.

These fearsome plushies are the perfect gift for any fan, and the only problem you’ll have is checking that they’re not coming to life while you’re not looking! Your collection should start off with the original character set, and there are many options in terms of adding to your set in the future.

Got another FNAF plushie today!! 😀 #fnafplushies

One of the most terrifying characters in the FNAF world is Golden Freddy. A version of Freddy Fazbear, Golden Freddy appears in the game once you have successfully completed a sequence of events.

Differing in color from his original version, Golden Freddy is, as his name suggests, yellow in color. However, the most noticeable change is that Golden Freddy has no eyes! While seeing Golden Freddy in the game means certain death, the plush toy is one of the most popular of the FNAF collectible series.

There’s lots of interest in the Ignited Freddy plushie- but it doesn’t appear that there is an official one available yet.

The Ignited Freddy, according to Wikia, features a bottom jaw, revealing his endoskeleton’s bottom number of rusty teeth, and his left ear is likewise absent. Ignited Freddy dons a top hat, like his original cohorts did.

His eyes are black, with glowing pupils just like the Phantoms in Five Nights at Freddy’s 3. Oddly, his left eyebrow is absent.

Ignited Freddy dons a black bow tie like his top hat on his chest accompanying two black-buttons. A lighter brown outline traces around his main body.

Each of his hands are also missing, combined with the suit on his shins and his left forearm.

Bonny the Bunny is a popular character from the original FNAF series, and this blue-colored bunny sports a rockin’ red guitar.

With a red bowtie and large, bucked teeth, Bonnie is certainly one of the creepier FNAF characters. With a penchant for returning to the office while you’re watching for the other characters, Bonnie is ruthless and will turn on the terror by staring at you through the windowed door.

Lovers of the game will notice that Bonnie’s jaw will twitch in a way that will give any paranormal horror movie a run for its money, so all you can do is hope that your plush toy stays still.

Foxy the Pirate is reddish-brown in color, boasts an elongated snout and wears an eye patch.

With a hooked right hand, Foxy spends his days as a damaged, decommissioned animatronic, but roams the restaurant at nighttime, looking for the unwary night security guard.

With a habit of hiding behind the curtain at Pirate Cove, Foxy can become quickly aggressive, and keeping him calm can be a difficult challenge. While he appears broken and disheveled within the game, the plush doll version is not as hard to keep in good shape.

Chica is no ordinary chicken. Of the original FNAF character set, Chica is easily the most terrifying. This tall, bipedal chicken wears a bib with the words “Let’s eat!” emblazoned across it.

Always found in the kitchen at the beginning of the game, Chica emits a raspy, gurgling sound when she is nearby, alerting the night guard to his perpetual death. Chica is often seen carrying a cupcake-like creature, which, while not affecting gameplay, can turn up the levels of fear that the game produces.

What do you do when you can’t decide between your favorite FNAF plushies? There’s only one option: buy them all!

Thankfully, the FNAF cast can be purchased as a set, which means that you will get the quality, style and comfort of Freddy, Bonnie, Foxy and Chica without having to leave any out.

There’s nothing worse than having mismatched plush dolls, especially when you’re a collector, and if these dolls are for your child, then you’ll appreciate the longevity that the full set can offer you.

There’s a ton of fun collectibles to invest in here- especially if you’re obsessed with the video game.

It’s not so easy to buy a set because there are so many unique, one-off releases, apparently.

We recommend collecting them one at a time to build up a complete collection- or maybe just purchase the one character that you love the most and leave it at that.