Cosplay or costume play is a type of performance art where you don costumes and fashion accessories to represent a particular character.

This character could be from video games, television series, anime, comic books, manga, or cartoons.

As a cosplayer, you can choose any fictional character that lends itself to dramatic interpretation as your subject.

In cosplay, it’s not uncommon to find genders switched. 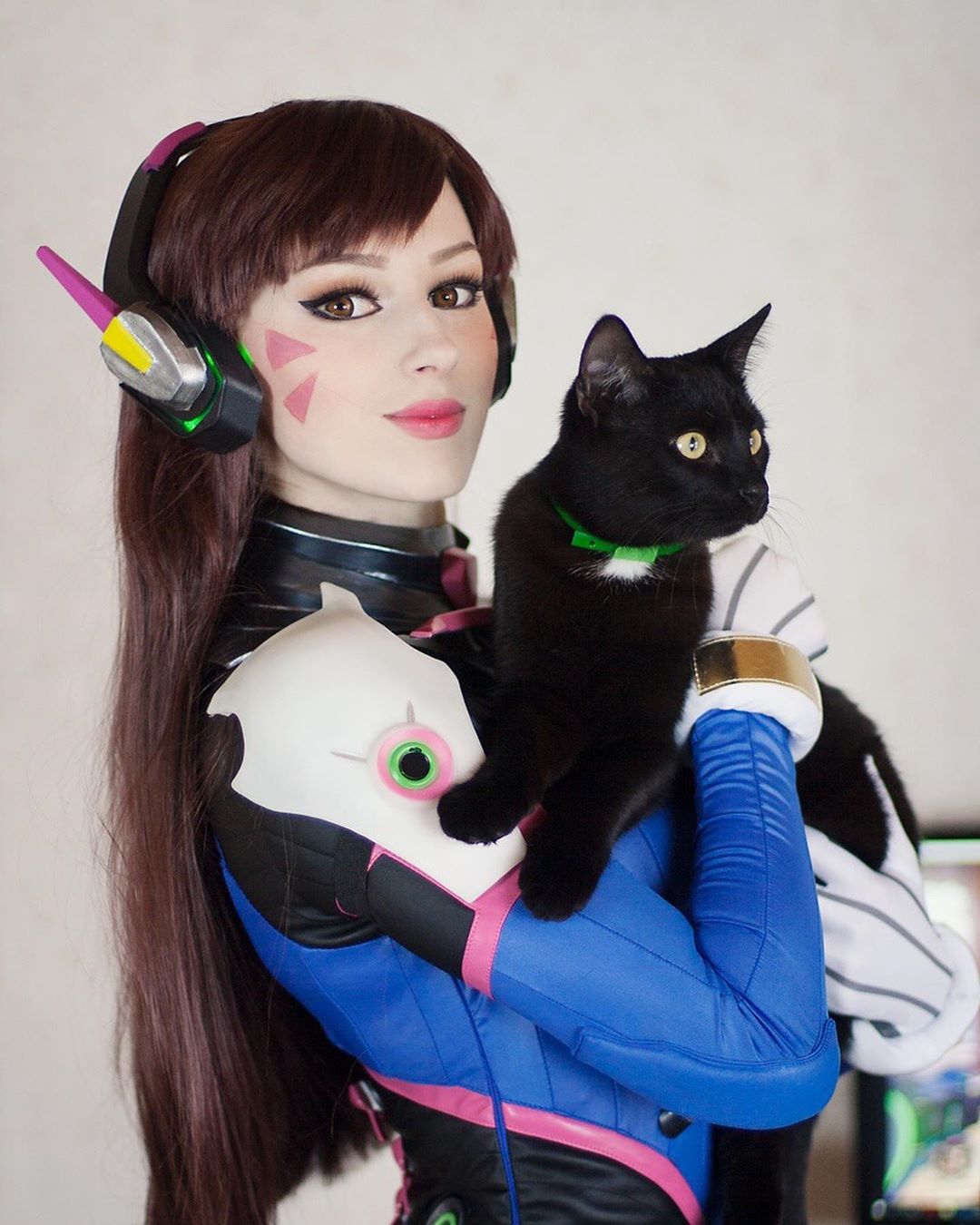 If you want to channel the badass in you via cosplay, a character that comes to mind is D.Va from the video game Overwatch.

But before you get ready for D.VA cosplay, you should have a fair idea about the character and her background in addition to knowing where to buy the costumes from and other accessories needed for the purpose. 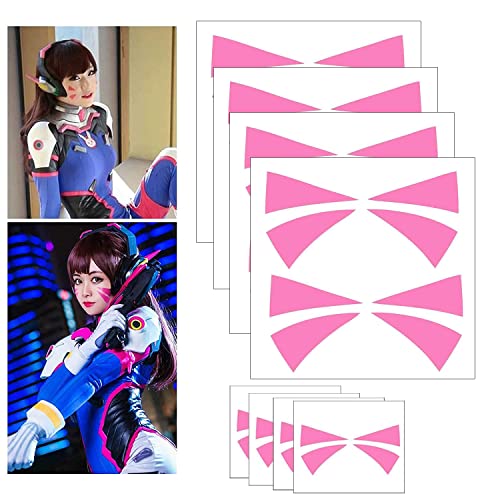 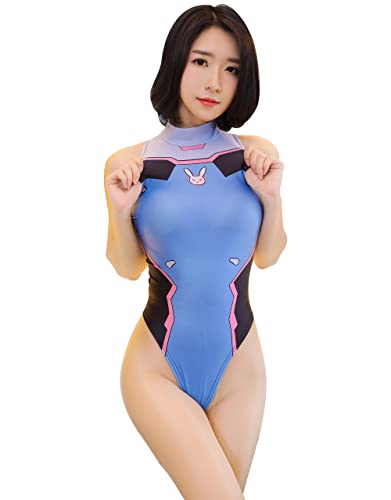 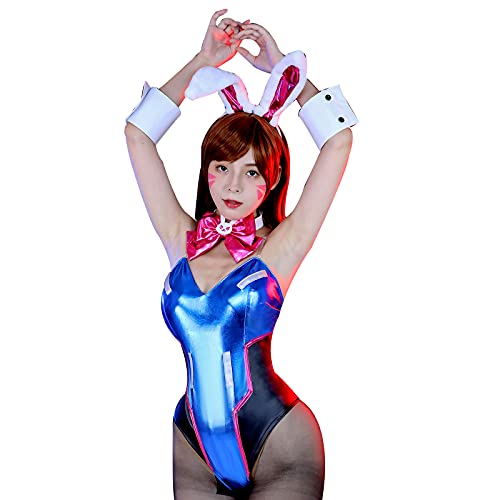 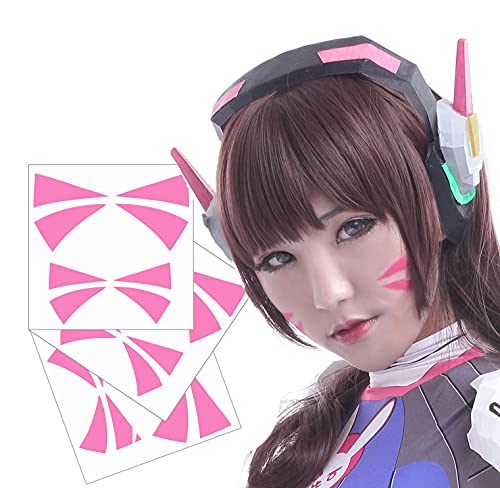 This DIY YouTuber showcased how she made her D.Va suit with short clips as examples.

To put together D.Va’s unique look that fans of Overwatch can instantly recognize, you’ll have to take care of certain aspects. 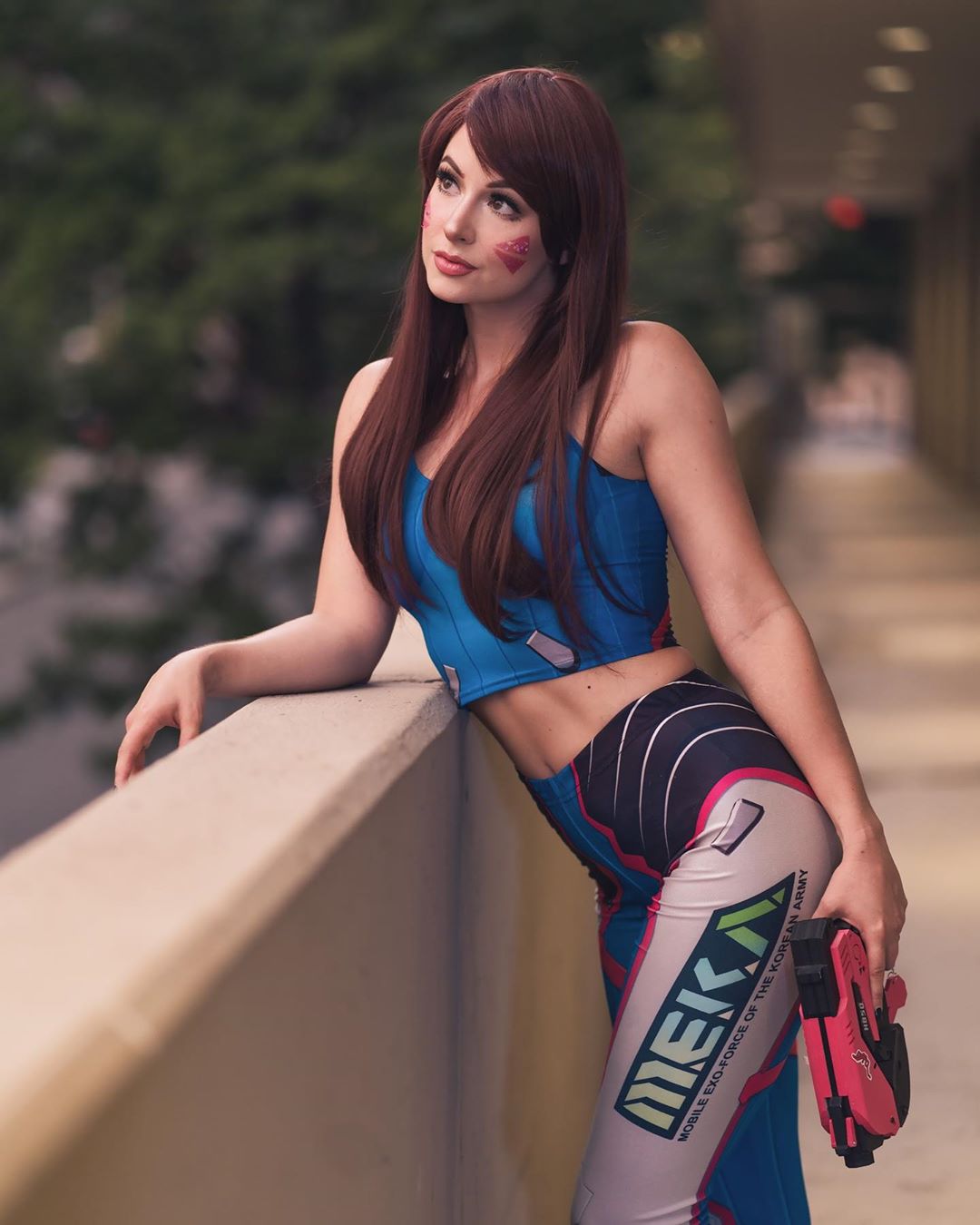 D.Va from Overwatch is a professional gamer girl dressed in a skin-tight blue and white jumpsuit that’s splashed with sponsors.

This girl is someone whose gaming skills are a step ahead of the rest. She puts her skills and talents to use outside the virtual world to protect her homeland.

Announced in 2015, D.Va was one of the last heroes (along with Mei and Genji) to be introduced into the gaming world of Overwatch before its official release.

In Overwatch, D.Va possesses a tank role and uses a pink exoskeletal mech suit in battle.

Her mech comes equipped with twin Fusion Cannons that can cause substantial damage at close range and don’t require reloading.

However, they slow her mobility.

D.Va also has Boosters and a Defense Matrix.

The Boosters let her move quickly in the direction that the player’s reticle faces, thus permitting short periods of flight apart from causing slight damage to enemies and knocking them back if they come in her contact while boosting.

With her Defense Matrix, D.Va can absorb enemy projectiles heading toward her, and even fire a volley of Micro-Missiles that trigger a small area of splash damage on impact.

For your DVA cosplay, you should try to dress as closely as possible to the character by either buying the bodysuit and relevant accessories or designing some of them on your own.

This is perhaps the most important element for your DVA cosplay.

If you want to create it on your own and need some step-by-step instructions, this YouTube video can help.

The key is to choose the right material for the suit, which usually is spandex that’s stretchable and comfortable to wear.

You’ll also have to ensure proper placing of the bunny insignia at the front and the company logos on the legs of your jumpsuit.

Once you’ve got the suit ready, you need to work on the shoulder pads and back pads, which you could design to be attached to the suit with pins in order to create an authentic DVA look.

If you aren’t up for the task, you can always buy your DVA cosplay suit from an online store or even from your local prop shop.

Since they’re available in various sizes, make sure to order the right one. 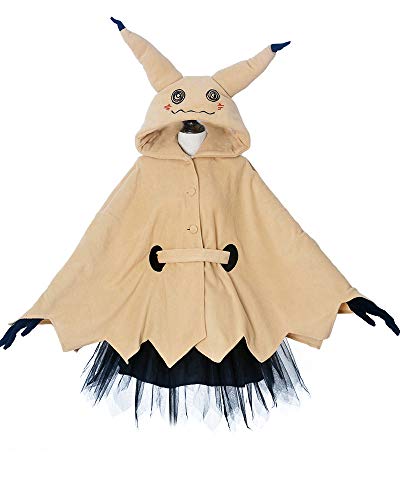 Artist Arnold Tsang designed the D.Va and the mech by using manga and anime references.

Initially, the concept was to create a piloted mech, with both the pilot on foot and mech itself being elements of the hero’s skill kit.

However, it was ultimately decided that the pilot would eject the mech at critical damage and fight unprotected outside.

If you’ve got a mechanical background, you could take inspiration from how this dad designed a functional DVA mech cosplay for his daughter:

This DVA mech cosplay not only “walks” but also comes equipped with visibly functioning rotating guns, thrusters, color-changing lights, and a sound system that relays iconic lines of D.Va from the game.

Even if you can’t design something close, you can surely appreciate the effort that has gone into building this impressive DVA mech cosplay.

D.VA wears white and pink headphones over her ears that help to keep her hair down.

You can make it on your own with some help from this YouTuber:

In case you plan to buy it from a retail/prop store, make sure to test it for a snug fit over your hair or wig that you plan to wear.

For online purchases (from online retail websites or electronics stores), it’s important to check a couple of customer reviews to see if it’s worth your money.

Else, you may end up having a headset that’s either too tight for comfort, or comes with a wobbly antenna, or keeps falling off.

Getting The Right Wig 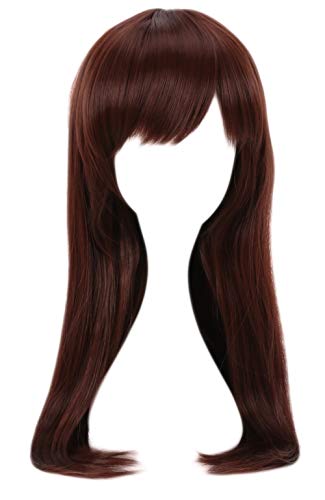 D.Va sports long, dark-brown hair that runs down a bit past her shoulders.

Over her eyes, she also has a fringe of bangs.

If your natural hair color and length matches D.Va’s, you can simply style it in the right manner for your DVA cosplay.

You may even dye your hair to resemble what D.Va has.

If these don’t work, you can simply wear a DVA cosplay wig. Use a paddle brush to ensure the hair remains straight just like D.Va’s.

It’s recommended to use some hairspray on the bangs too in order to set them and you should be good to step out in style for your cosplay. 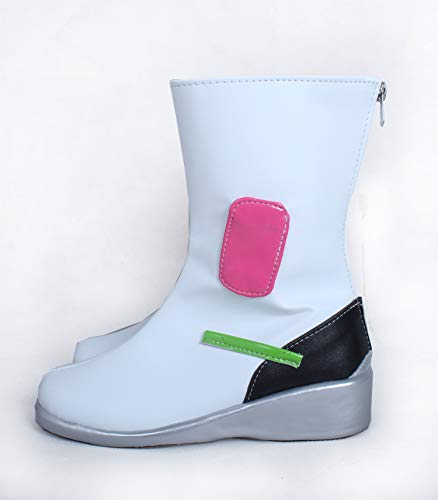 D.Va’s ankle-length white boots with turquoise, pink, and black accents on the sides are available with a majority of online retail websites.

Make sure to order the right size.

If you’re in the mood for some DIY fun, you may buy white boots from a shoe shop and customize them with acrylic paint.

Whether you buy your DVA cosplay shoes online or make them on your own, it’s advisable to break them in before use.

This is especially true if you plan on wearing them for long hours because if they aren’t broken in, they could be uncomfortable.

In such cases, you may try using insoles for extra comfort if the soles of the new shoes feel pretty hard.

Your DVA cosplay isn’t complete unless you put some makeup so that it seems you have just stepped out from the Word of Overwatch.

To do your DVA cosplay makeup right, you should know that D.Va sports a light pink lip gloss along with black mascara.

On her face, she also has four pink conical lines painted.

Two of these lines are positioned on either side of her face that start from her cheekbones and taper as they go up toward her nose.

If you need some help with your DVA cosplay makeup, you can take a look at this makeup tutorial: 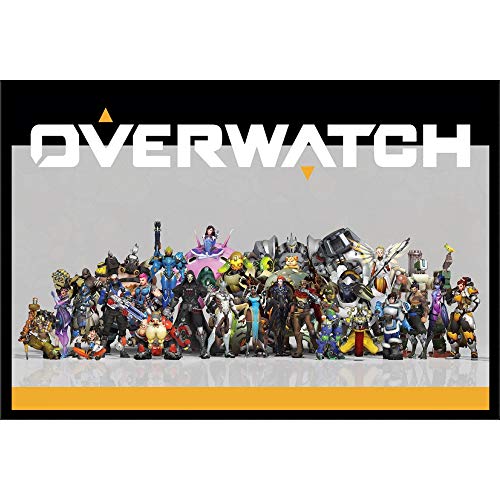 Since D.Va is a female, it’s an overwhelmingly female population that mostly takes part in DVA Cosplay.

But why should they have all the fun?

If you’re a male and have the guts to step out as D.Va, you too could be a part of the fun that DVA cosplay is all about.

Since genders often get switched in cosplay, you shouldn’t let your inhibition, if any, come in the way of the fun quotient.

But before you get ready for DVA cosplay male, be ready to have a bit of difficulty in finding the bodysuit and other accessories as not many online stores as well as brick-and-mortar shops stock them.

If you can find ones to suit your size and purpose, that would be great news.

If not, you could take the DIY route to design whatever you need on your own.

Though it would take quite some time and effort on your part, it would be fun and extremely satisfying too to don your self-made DVA cosplay suit and accessories.

So, get ready to bring the badass in you to the forefront with DVA cosplay.