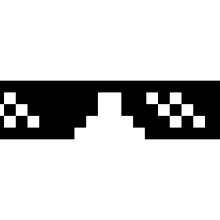 If you want to express your effortless cool in response to perceived disapproval we’ve ranked the five best-selling Deal With It Glasses you can buy online.

Whether you’re a looking for a gag gift or just want to pay tribute to core meme culture, we’ve got you covered.

But, first, what does this meme really mean?

According to Dictionary.com, “Appearing in popular memes in the 2010s, the phrase deal with it is a bold, self-assured declaration ordering someone to put up with something they may object to or to make do with a challenging but ultimately manageable situation.”

If you love wearing your attitude on your sleeve every time you step out and don’t give a damn of what others think, these glasses are your best bet.

After all, we often use the expression ‘Deal With It’ as an angry reply to someone’s disapproval.

If you have faced such situations in your life, the next time, let your Deal With It Glasses do all the talking on your behalf while you play the suave, cool customer and proudly wear you ‘don’t care attitude’ on your sleeves (or should we say, on your eyes)! 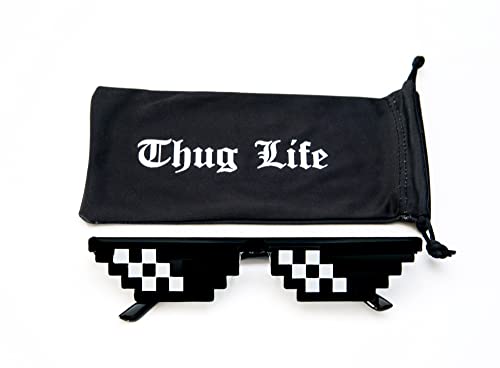 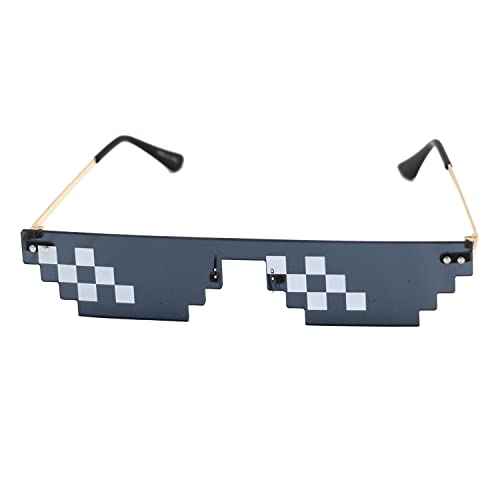 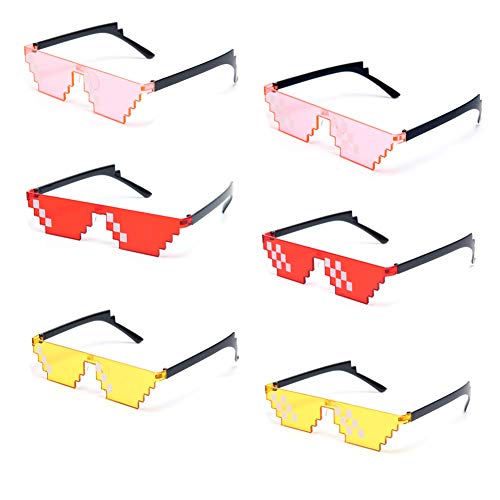 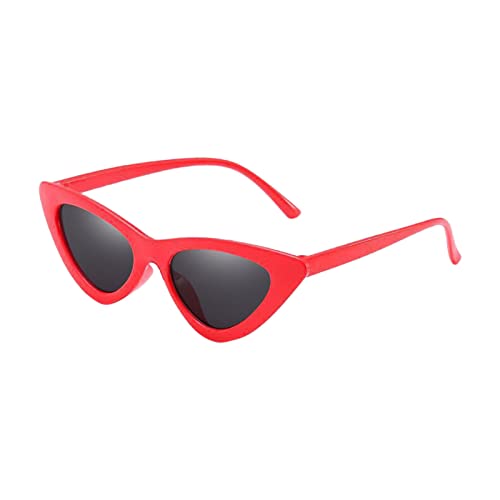 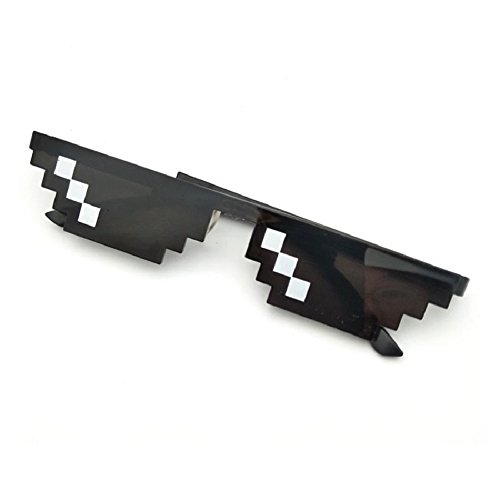 These sunglasses are from the Thug Life meme franchise with a huge fan following and popularity. Coming equipped with spring-loaded hinges, Deal With It Glasses with reflective lenses and serrated edge will complete any avid Major League gamer’s and Redditor’s ensemble and even let him/her flaunt the ‘Deal With It’ attitude in style.

If you aren’t in a mood to flaunt the glasses, you may buy a pair as a gift for the meme-enthusiast, gamer, or troll in your life. And after having it, you or he/she can then tell the sun and everyone else to simply ‘Deal With It.’

Since the serrated edges of MLG glasses may be uncomfortable for some users when the product sits on your nose bridge, you may need to file away the edges slightly to make it more comfortable to wear. Else, you can buy or create smooth plastic nose pads that would help lift the glasses’ jagged edges off your face for added comfort.

Over on Etsy, there’s a bunch of options you can check out- including some homemade designs:

Deal With It Glasses or MLG Glasses are often called Thug Life Shades or Glasses. You may have sported these glasses with loads of attitude when you just needed to deal with a situation or a person, but did you know what the connection of these glasses is with Thug Life? Let’s take a look into it.

Thug Life is often mistakenly taken to mean something negative or having criminal ties. But in reality, it stands for those who have battled everyday struggles to rise through it all, achieve their goals, and lead a successful life. The terms also stand for a resilient and determined attitude to succeed in life despite injustice and racism.

American rap artist Tupac Shakur (who is popular as 2Pac) was instrumental in making the acronym ‘Thug Life’ popular. It stands for ‘The Hate U Give Little Infants F***s Everyone.’

What 2Pac meant was the hate, police brutality, racism and other atrocities the society subjects the children and youth would have a snowball effect and come back to trouble everyone in the society as these wronged young men and women become adults and take to riots, hate crimes or other activities dangerous for the society.

By combining his hip-hop with activism, the legendary rapper 2Pac made ‘Thug Life’ a much-discussed topic.

He even penned a poem named “The Rose That Grew From Concrete” where he talked about young people growing up in adverse situations but who still impress and draw admiration by their zeal to fight and succeed. Despite his controversial life (imprisonment on rape allegations) and death (he was fatally shot on September 7, 1996), Tupac Shakur made ‘Thug Life’ popular.

From clothing brands and accessories to meme and more, a lot has since then come into existence, which gets lapped by the members of the Thug Life movement as well as the people who support it, albeit from a distance. Thug Life Shades (or MLG Glasses) are a small part of this Thug Life universe.

Thug Life In Deal With It Glasses Meme

MLG Glasses memes inspired by the Thug Life started trending during the years 2016 and 2017. On various social media platforms as well as vines, online illustrators’ communities and other file/media sharing websites, comedic memes of humans and non-humans behaving recklessly and against social norms started going viral.

These funny memes generally showcased the protagonists (from humans to smug dog and others) behaving in a feckless, reckless or counter-cultural fashion showing little or no regard to the authority or their surroundings.

Most Deal With It Glasses memes vaguely resemble and/or adhere to the original vision of ‘Thug Life’ though the emphasis is often more on the ridiculous nature of the situations the protagonists featured in the memes are involved in. In a way, you can say these memes explore the multi-faceted expression of ‘Thug Life’ to represent several aspects of everyday life.

Deal With It Glasses PNG

Apart from sunglasses, there are other ways to bring Deal With It Glasses in your life.

If you are working on a project related to these cool shades and need some images, you just need to search the Internet to find a wide variety of Deal With It Glasses PNG in various styles and resolutions. From those with small and big glasses to the ones with pixel shades or transparent glasses, you can have them all and more to take your pick from.

The best thing is that you can download these pictures either directly in PNG image format or in icon format.

Whether you need a clipart of MLG Glasses that you can use as a sticker or for your creative project or require a downloadable image to print on your t-shirt, the Internet has a solution for all your needs. You may even send to or share with your loved ones the Deal With It Glasses PNG via messaging apps, Tumblr etc.

Making Your Own Deal With It Glasses

If you can’t lay your hands on the real life pixel sunglasses or are still waiting for your pair to arrive, you don’t need to be sad. After all, you can’t control every outcome or circumstance, right?

How to make THUG LIFE Sunglasses from popsicle sticks

But who said that means being disheartened? You can still have some fun with a DIY project to create your own version of MLG glasses on paper. Ready to know how you can do it?

To begin with, just find a papercraft design image or a PNG of your favorite glasses, download it and resize for the size you want your glasses to have. Then, just print it out, cut out along the image’s outer edges, and then fold the arms so that the paper glasses sit easily on the bridge of your nose.

And once you have these glasses perched on your nose bridge, show some attitude to tell others around to simply ‘Deal With It’ – often without even uttering a single word and letting your attitude do all the talking!

Sunglasses need not be boring. Yet, most of us end up wearing ones that seem ubiquitous and have no feature to distinguish themselves from the scores of other varieties available in the market.

If you are tired of sporting sunglasses that almost everyone else wears, break free from the mold with the stylish Deal With It Glasses.