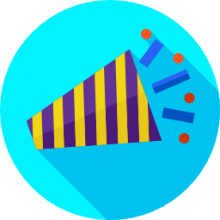 In this post, we ranked five of the best-selling confetti cannons.

Whether you are celebrating your baby shower or the birthday of your little one, welcoming the newlywed couple, congratulating a loved one on graduation, or ringing in the Christmas festivities or the New Year, the sparkling additions of confetti would surely get the party started in style.

To launch a blizzard of confetti, you will need a confetti cannon loaded with these small shimmery pieces, which will shine on being released from the canon when light hits them.

From silver and gold colored confetti to mylar confetti, and confetti strips, you will have a variety to choose from when you load up your confetti gun ahead of your special event (Source).

If you want a fun, disposable confetti explosion for a gender reveal party, we recommend purchasing a party popper: 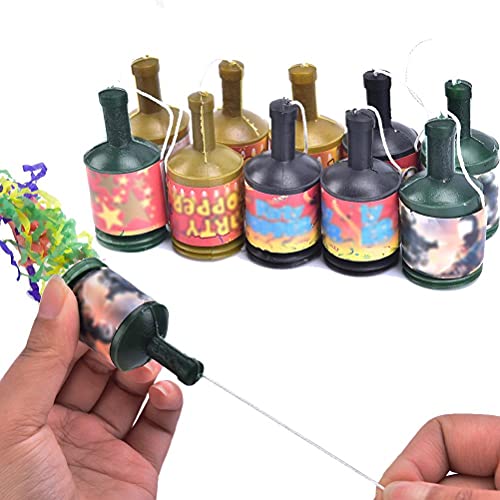 But, if you want a true confetti cannon, we recommend the FunFetti Shot Professional Confetti Launcher. It’s a wirelessly controlled, professional-strength launcher: 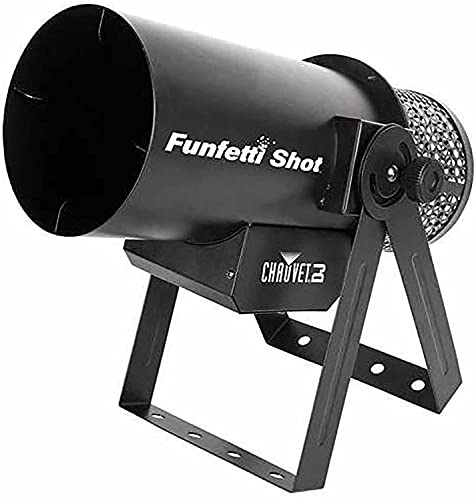 Below, we’ve compiled some of the best-selling options on the market today. As you’ll see, there’s a mix of fun, disposable guns and some more industrial-strength, giant cannons for DJs and wedding halls. 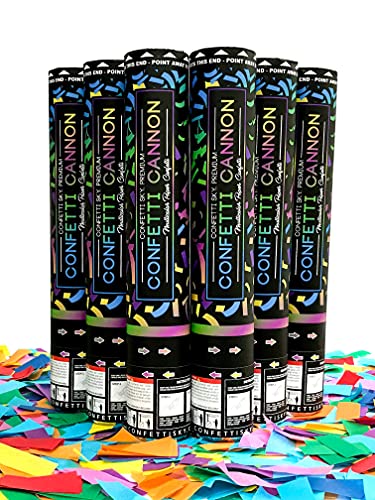 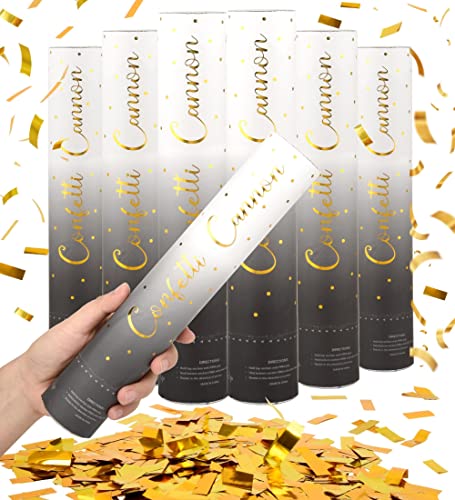 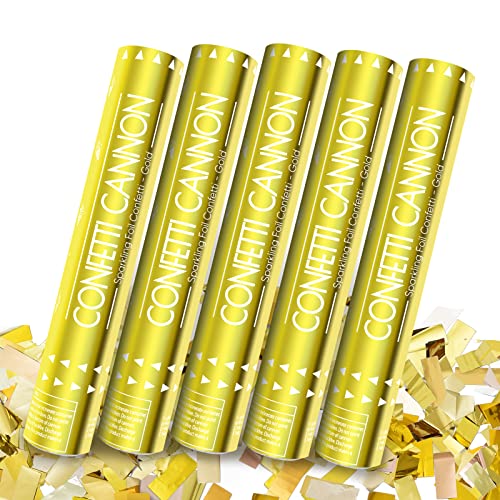 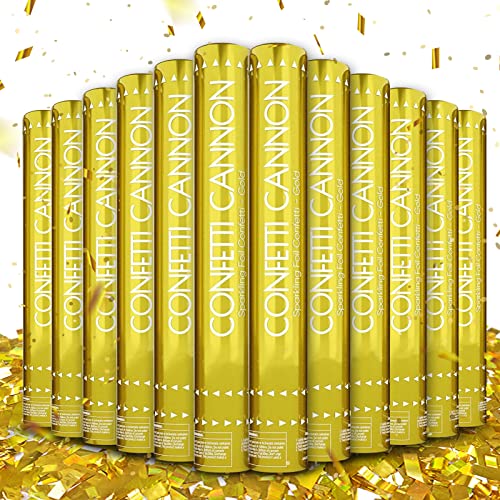 All You Need To Know

As soon as you hear the word cannon, perhaps you conjure an image of a heavy structure belonging to the medieval times that used to fire cannonballs.

However, these glitter shooters aren’t anything like that. Instead, it’s a device that launches a shower of shredded paper bits.

Confetti cannons are available in various sizes. From pocket-sized ones that can launch a confetti shower with a simple flick of your wrist, to champagne bottle-shaped party poppers, giant launchers, to the handheld cannons to the DIY ones you create on your own, the possibilities may often seem endless.

When it comes to confetti type and color for use with your chosen confetti cannon, you will again have a lot of variety to choose from.

From multicolor paper and mylar confetti to the ones made of biodegradable paper, to various confetti shapes such as hearts, stars, strips, butterflies etc, you can get an extensive selection of captivating confetti for your confetti cannon.

Some stores may even offer you customizable confetti shapes and colors, which you can use in case you have some specific requirements to make your special event a bit different. 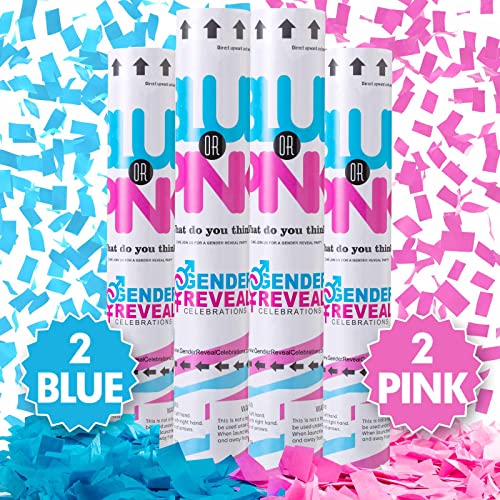 Couples have different ways to share the news of their baby who’s on the way.

From voting cards, and cakes, to scratch tickets, balloons, and more, you can think of several ways to reveal the gender of your baby. In case you have organized a party and plan to share the news in a fun way, you can opt for a confetti cannon for gender reveal.

When planning a gender reveal party, make sure not to spoil the surprise.

Check with the would-be mother to see if she would like to know her baby’s gender, or be surprised.

In either case, get just a handful of people in on the secret to steer clear of spilling the beans. In case you have engaged a party planner, ship the gender reveal party supplies to them to avoid getting the goodies shipped to your doorsteps with revealing details.

In case you are organizing the party on your own, make sure to safeguard the secret.

For example, when shopping for confetti to be loaded in your confetti cannon, don’t divulge the details about whether its color is pink (indicating the baby to be a girl), or blue (indicating the arrival of a boy).

In case you want your guests to participate in the action, pre-distribute the cannons to guests in certain strategic locations, who will shower the would-be mother with pink or blue confetti as if tiny little rainbows of blessings and happiness were raining over her. 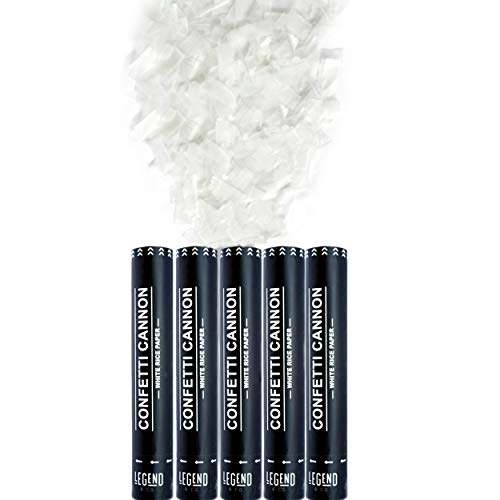 Make sure the confetti in your confetti cannon complements your wedding theme.

While gold or silver colored confetti would work well if you are opting for a glam wedding, those having a modern wedding would do well to use white confetti or the ones where white is mixed with another matching color, which could be the color of your floral decorations or the one you have used in your wedding invites.

This is Why You Need a Confetti Cannon at Your Wedding

In case you are having a country or boho wedding, mix up your confetti shapes and sizes to keep it textured.

If you plan to use a confetti cannon in your photo booth, make sure the confetti complements your booth’s background and yet stands out clearly in the photos you get clicked. So, for a wedding photo booth with a red velvet background, selecting gold-colored confetti would be a perfect choice.

Since confetti cannons are used on special occasions, they are mostly used just once or a couple of times at the most. Unless you are able to use them in the long run or for profit, purchasing may not seem a good idea for many.

If you too belong to this league, you can rent such a cannon for your “one-time” event. Whether it’s a baby shower, the 50th wedding anniversary of your parents, or a grand opening of your store, exploring confetti cannon rental options and taking your pick from them would be the ideal choice.

When you rent a confetti canon, you can try it out to see if you really like using it, and even decide if it would be a good decision to buy it later. And you can do all these while staying within your budget. In case you feel the cannon you have rented is the one you will need for your future events, you can always go ahead and buy it.

A confetti cannon is, without a doubt, one of the most fun props to use for your special events. By adding dollops of magic to your setting and endless glamour to the photos you click at the event, a confetti canon would surely make it a time that you and your guests would remember for long.