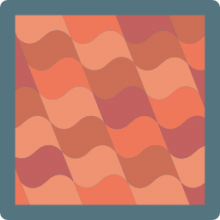 The Azul board game is a tile drafting game for 2 to 4 players that showcases the stunning aesthetics of Moorish art, albeit in a modern board game set-up.

This game is based on Portuguese tin-glazed ceramic tiles – azulejos, the use of which was prevalent during King Manuel I’s reign.

Released by Next Move Games and Plan B Games, Azul involves players competing as artisans to create the most aesthetically pleasing decoration on the Royal Palace of Evora’s walls.

Michael Kiesling – the award-winning, renowned game author designed Azul. Kiesling said the game involved a two-stage process, and the biggest question in front of him was the way he should distribute the game tiles. Azul board game release date was October 26, 2017.

The contents of the game include:

The gameplay involves multiple rounds, each of which is made up of three stages:

To win the game, a player has to have the most points at the game’s end. The play begins with players taking turns to draft colored tiles onto their player board from suppliers. As the round progresses, players score points depending on how they have positioned their tiles to adorn the palace.

Players can get additional points for completing sets and drafting specific patterns. However, a player’s score will take a hit if s/he has wasted supplies. The game ends after the round where at least one player has finished a horizontal line of 5 successive tiles on his/her wall.

You can download details of how to play Azul board game from the website of Next Move Games.

To know more details, you can download Azul board game rules for free from the website of Next Move Games.

There’s a game theory aspect in Azul. Except for your first draw of a round, it’s likely that you won’t get sufficient tiles to complete a row on your board’s left side. You would also like to steer clear of a situation where you get forced, at the end of a round, to pick a group of tiles you can’t play, which in turn would trigger penalties that destroy your gains for the whole round.

Thus, Azul board game players need to think in advance about how they can get the tile draws work in their favor, possibly by making the piles at the center less or more eye-catching to others. They should also strategize about manipulating the draws to ensure they won’t get stuck at the end of the round, unless it’s being stuck with, for instance, the five tiles they require for the bottom row.

The game strategy would also differ with more players. In case two players are playing it, it becomes somewhat easier to predict the next few draws, and later in the game, you will often know that some particular tiles are safe since your rival can’t place them at all.

However, with three or four players, you would need a plan to prepare for an impending disaster, as the piles at the end of a round, which begins with 28 or 36 tiles, are likely to be much bigger than when you start with 20 tiles.

Azul: Joker Tiles brings players a group of ten promotional tiles, which they can use with the Azul base game.

These special tiles complement the castle’s aesthetics along with providing more comprehensive decision-making as they can act as a substitute for any of the other tiles. However, the beauty of these additional tiles comes at a price as players can’t score them for bonuses at the end of the game. You can buy this expansion from the website of Next Move Games.

The game has been praised by a majority and the key point players agree upon is that despite appearing to be a simplistic game, you have to start strategizing as it progresses. That’s because with each round, your probability of scoring more points increases since the length of the columns and rows you fill on your board keeps growing.

Yet, you end up having fewer options for placing tiles since you can fill each row only once with a single color.

Thus, what starts as simple exploration at the start of Azul board game soon evolves into a contest where you have to stay focused and strategize. As the game progresses, you not only have to plan your moves but also keep an eye on your rivals’ filling boards to deny them chances of filling their rows with the desired colors.

On the other end of the spectrum are some reviewers, who think the Azul board game rules are a bit tough to understand at the beginning.

Despite its simple mechanisms, how the rows precisely fill up and how the tiles score could be difficult to teach new players, at times. Since there aren’t a lot of other games to compare Azul with, you have no frame of reference, which again could be tough on new players.